Georgie and I have been best friends for over five years, during which we have shed tears over a number of abominable relationships, and have laughed in disbelief at some shocking dating disasters. Let’s just say, our milkshake brings all the twats to the yard.

Some say your friends know you better than you know yourself; they will offer words of encourage when they spot fetch happening, and they will be the ones to warn you against falling into a fuckboy’s ‘mirror pic’ lined web. We decided to test this theory.

For two weeks, we took over each other’s Tinder accounts, taking charge of biographies, pictures and dating arrangements, to see if we could help each other meet our matches.

Despite the urge to change Georgie’s bio to something witty but slightly derogatory, such as ‘I am the good thing that small packages come in,’ I refrained. After all, this was serious research we were conducting; so instead, I went on to describe her as ‘an all-round 10 that enjoys setting fire to stuff’ – she scrubs up well and she’s a performer – so it’s entirely true.

The first guy I matched her with was a brunette, well-muscled architect named Adam. “You remind me of someone,” he said, “who?” “My next girlfriend” – I was ashamed by my misjudgement. Not today Satan, I thought.

After sifting through a week’s worth of cheesy chat up lines, I picked a French bartender named Laurent, a fit fireman named Evan and a model-esque musician named Si; the best of a challenging bunch.

Georgie: Laurent whatsapped me the day before our date and after a bit of old fashioned stalking, I discovered that looks wise, he was literally my dream man. Even in conversation, he seemed genuinely interested in me, which nowadays is such a rarity. Tristen had done well. Or so I thought… 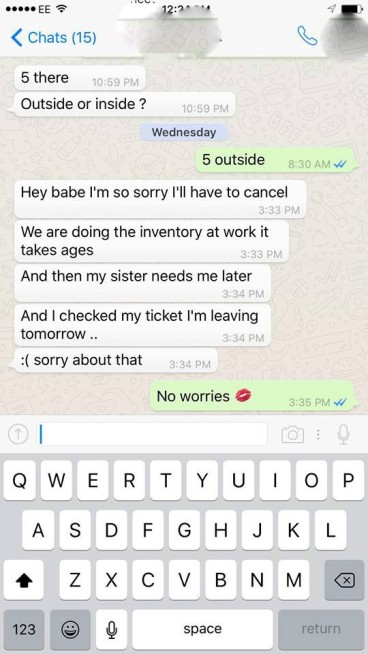 I’m not a stalker (promise) but I found myself dancing at the bar that Flakey Frenchie, as I now dubbed him, worked at a few days later and decided to ask every member of staff about him. Turns out he doesn’t work there at all, his brother does!

Laurent was either lying about his job, or his brother was the one I was talking to. Either way, I never heard from him (or his brother) again.

Georgie: I met Evan in a bar in Victoria Station and he was clearly paralytic when he arrived. After a while, I said that I was going to the loo, to which Evan responded ‘don’t escape’ whilst laughing in an alarmingly creepy manner. I laughed unconvincingly in response, and of course proceeded to leg it!

Hours later, Evan texted me saying that all his mates had left him, and that the trains were fucked. He had no mates, and the trains were not fucked, he had just missed them all.

I received an apologetic message from him the next day, saying we should try again and do something more civilised – I decided to decline. He may be a fit fireman, but it’s safe to say I won’t be sliding down his pole anytime soon…

Georgie: I met Si at a bar in central London and was initially blown away by his chiselled features and amazing dress sense, but as soon as he spoke, I knew he wasn’t the one.

After a slow start where Si appeared to take life far too seriously, he finally started to loosen up and we even shared a cheeky snog on the way home! (Wine was involved). We messaged constantly afterwards and arranged a second date for the following week. Everything seemed to be going well.

I decided to keep Tristen’s bio relatively the same – she had already done a great job of making herself sound like she keeps frogs in her pockets and owns 10+ cats.

Despite the colourful biography, the matches came flooding in. One particular gentleman called Jayden was determined to get her address, and had a slightly disturbing obsession with feet. As a good friend, I declined his weird advances. 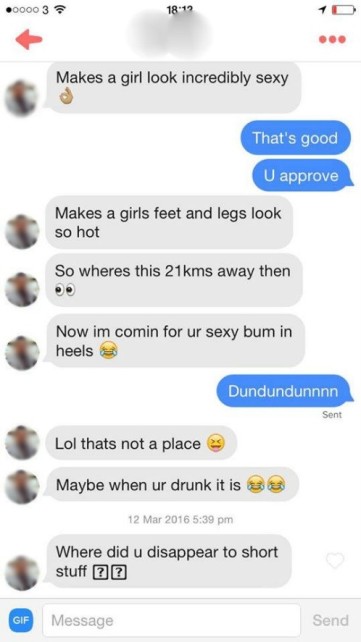 Instead, I decided to set Tristen up with an attractive data analyst called Mark, a quirky marketing executive called James, and hot northerner (a professional one), called Leon.

Tristen: I met Mark at a nice pub in South London; he immediately gave me a hug and asked me what I wanted to drink. At the bar, Mark flashed a smile and said “you look like your pictures, so this round is on me” – I laughed, but he just stared at me blankly. *Cue painfully long, awkward silence*

As the drinks flowed, Mark’s stories became more and more elaborate; he bragged about being friends with Good Charlotte (why) and about his supermodel ex-girlfriend who doesn’t like her photo taken, which is why there are no photos of them together. After a while, I text Georgie who thankfully made a rescue call.

On the way out, Mark asked if I’d like to see him again, I gave a nonchalant ‘maybe’, to which he replied “next time I’m gonna get you so fucked up you’ll be in hospital” – romance ladies and gentlemen, is not dead.

Tristen: From our initial correspondence, James seemed like your average Londoner, talking about the weekend and his love of music, a mutual interest. He seemed nice, or so I thought.

As soon as James was let loose on my full name and number, something changed. I received frantic messages on Facebook telling me that he had messaged me on Whatsapp; I then received messages on Whatsapp telling me he had messaged me on Facebook. He then discovered my Instagram. It was a full on assault on my communicative platforms, and there was only so long before he discovered my Twitter.

Fearing this may be another Mark situation, I postponed our date, but in true yoof style, this led to a barrage of prank calls at various times of the night, coupled with a succession of “ha” and “lol” message requests on Facebook.

It became apparent very quickly, that James might not be my knight in shining armour, but rather a dickhead in tinfoil.

Tristen: Leon was a 6ft, brunette, fashion sales executive from Manchester; he was really easy to talk to and had a great sense of humour. We arranged to meet at a pub in central London, but the day before our date, he completely disappeared.

Several weeks later after deleting his number and assuming him a write-off, I received a message out of the blue from Leon saying, “I can explain.”

Intrigued, and wondering whether this was some kind of catfish situation, I messaged back. We arranged a date for two days later, but an hour before we were due to meet, Leon messaged saying “I think I’m just going to have one tonight, I’m feeling a bit ropey, I’m not bailing on you though, promise!” “Sure!” I said.

Knowing exactly what this meant, I continued working for a bit, only to receive a second message just half an hour later saying his work had ‘dropped something’ on him last minute and he had to cancel. A car? A vat of volcanic ash? A large segment of Table Mountain? Whatever it was, I never heard from him again.

CONCLUSION: After weeks of swiping and setting up dates with not even one success story, we’ve come to the conclusion that it’s almost impossible to secure date on Tinder that doesn’t leave you rocking backwards and forwards in your shower tray – even with your best friend’s help. Whoever says all women are crazy, has never experienced life as one on a dating app. 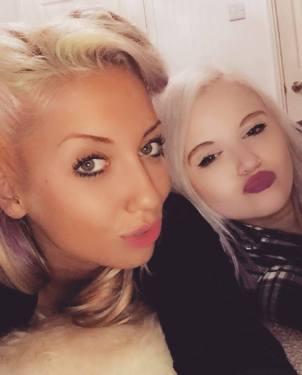